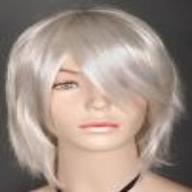 LMAO She spends HOURS reporting my ancient answers when it takes 2 mins to open a new a/c! Too busy for words but my last 25 answers all got BA so for me its now quality over quantity lol. Btw as you know, the state of Buddhists on RS can now be seen in the example of a user who knows "Jack" about the Dharma and who would betch about the other RS Buddhists to me all the time. He is now going all out insulting Buddhism and not one of his Buddhist contacts or fans has removed him! Btw check out my blog for the latest on the true life story about a lesbian who had a daughter she hates before she realized she was gay, had a failed career in the army and hated another young model who was living the dream her daughter failed at! She then pretended to be a Buddhist and started stalking this model and sending her the most abusive emails all in the name of Buddha and with the support of a "priest in Zen Buddhist meditation" lol with more years of experience than the model has been alive. ROFL

Sorry, nothing to see here! User's activity is private.