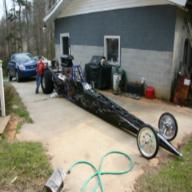 I think America has turned so far toward socialism that it might be too late for it to turn back. I also think that American voters are the lazyist most uninformed voters in the world. They vote according what they hear cnn,abc fox,nbc and cbs the liberal networks tell them because they are too lazy and closed minded to think for themselves and because they think they know it all. but thats just my thoughts. I also think obama is bush squared, same road only worst.

Sorry, nothing to see here! User's activity is private.