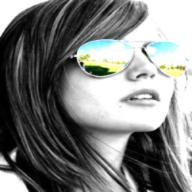 Heyy, my name is Jayy.... I love people, camping, sunsets, and watching scary movies. I love it when there's creepy music and you're on the edge of your seat waiting to see what's going to pop out at you and nothing even pops out lol, that cracks me uppp! I'm a very open person, and I absolutely LOVE to talk. You can use me as an advice giver if needed lol :P I hate it when teachers say "I dismiss you, not the bell." I hate it when teachers are so obsessive on following the school's rules. I hate it when people are texting and then they tell you that they're so bored meanwhile you're trying to talk to them. So. Like. Um. Yeah. That's kind of all I got for you lol =]