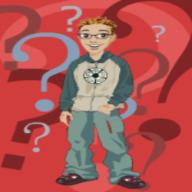 i am addicted to yahoo answers because u get to exchange knowledge w/ other people across the internet. I answer questions in 4 best categories: Television Movies Music and Yahoo Answers