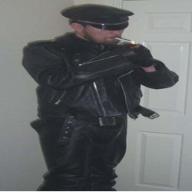 45, gay, graduate in physics, theology and philosophy, formerly a methodist lay preacher for 18 years, and now non-religious. That's probably as much as you need to know to understand my answers :) Oh, and I'm British. Most of that that relates to Religion and Spirituality but I answer questions elsewhere too - particularly in Royalty (I DO know British history and am an enthusiastic monarchist!), Politics, Philosophy, Physics, Astronomy, LGBT, Immigration... well, just the areas I happen to know something about.