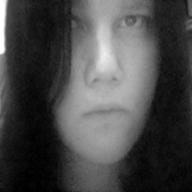 Hi, I'm Alexis. If you'd like to know more about me, or just want to contact me, you can reach me at alexis.brooke.m@gmail.com