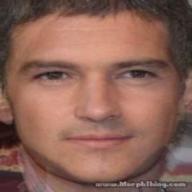 G/day, I'm a warm hearted down-to-earth Australian guy. Actually I'm probably the very same guy your mom has always warned you not to fraternize with at church socials. I'm cursed with a seriously warped sense of humour that gets me in and out of trouble quite frequently. I love trying to find a funny angle to life and giving answers to make people smile, but sometimes I'm not totally politically correct, so those of you that carry a spare teabag to ensure safe-sux at tea breaks with strangers, feel free to gasp in indignant shock occasionally. If you like my stuff, feel free to come on board as a contact or fan and I'll do my best to brighten your day with my off the cuff trash I rabbit on with. However, if you don;t like my stuff, either choose not to take offence at my clumsily expressed remarks, as none are meant to hurt in any way, or go stick your finger down your throat and soon you'll feel much much better. But above all, have a nice day. Danny