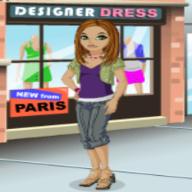 I love harry potter and twilight. I believe that they are equally good and can't be compared. I dance, I love to draw/sketch, I am way too funny for u, and I lurv British television. Like Top Gear, Dr. Who, Torchwood, and other stuff. I may not help with your questions, but i'm not rude most times (depends on the question). I'm not random, I just have many thoughts. I just… pineapple.