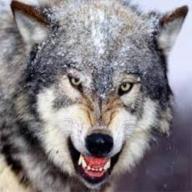 hey you gtfo....jk thanks for clicking me. anyways omar is my middle name, im 17. i live in chicago. if you decide to add me for whatever reason, i'll probably ad you back. im usually on P&S