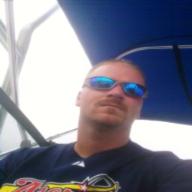 I began "experimenting" in car electronics well before I could legally drive. Like most novices I had no idea what I was doing. By the time I was in college (mid-late 90's) I had taught myself enough to be dangerous. Once car audio forums became available I was hooked. MOST of what I've learned has been simply a result of searching some technical forums and reading. Most of my education is in the mechanical engineering field, but I did have some basic electronics classes. I work in the civil engineering field. I don't have car audio "credentials" other than personal experience. I was once offered a job in the car audio industry based on my forum contributions at carstereo.com :)