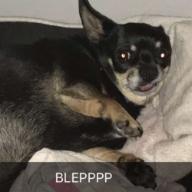 Hi! I specialize in abandoned places. Just a teenager trying my hardest to do my best. Also love music. I listen to Country all the way to Death Metal.