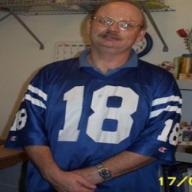 I am a 57 year old married man with a grown daughter (no grandkids yet). I love all kinds of music except RAP and most of my time here is in one of the music categories but I do go into others if I see a contact's question I want to answer. I do not critize other peoples taste in music. If I don't like a particular artist or song I simply say they aren't my taste. I treat everyone with respect and that is all I ask in return. No trolls allowed - reporters will be blocked. If you don't like what I say - "Just don't read it" It's real simple - even a troll can do it. I love different opinions but be respectful. I don't thumb's down but if you get out of hand with the insults - I will block you. I hate to do that but I come here for fun and not to be insulted or have my friends reported or insulted. There isn't good or bad music really. It is all personal preference so let's answer and ask with that in mind. My favorites are The Blues an