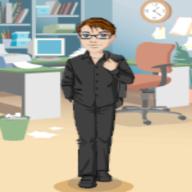 I'm a 27 year old office worker in the USA. I am a practicing Christian and hope that I display that in what I say and do on here. I am a husband and a father. I am looking to make some friends on here, so feel free to contact me. I can tell that the general reply to some of my posts means that I'm not likely to get any fans, but that's OK.