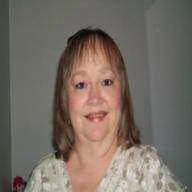 I am on disability. I have an artificial leg; below the knee.(since birth). I have fibromyalgia, diabetes, depression, and HBP. In other words, I'm a mess! But I am a Christian and believe the Bible and I pray every day and I try to live my beliefs and be positive. I feel I might be able to help someone in here, and like answering questions in Y/A. I am divorced, and have raised two children, and worked outside the home in my younger years. I do cross stitch, embroidery, but probably haven't kept up with it enough lately. I play piano, and have for many years in churches I attended. I like to read anything written by my favorite author, Tim Lahaye.