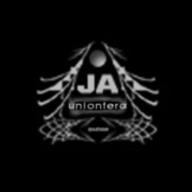 Alone, Fight against the dragon of knowledge. I am a 21c Don Quixote. "From shadow of a wave to twilight... my heart will be yearning."