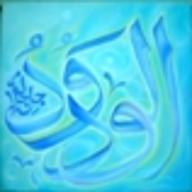 The founder of the Ahmadiyya Muslim Community was Mirza Ghulam Ahmad (as) of Qadian who claimed under divine revelation to be the same Imam Mahdi and Promised Mesiah, whose advent was foretold by the Holy Prophet (saw). Those who have obeyed the Holy Prophet(saw), and have accepted the truth of the Promised Mesiah (as) are called Ahmadi Muslims. After the Promised Mesiah (as) passed away, the community has been guided by Khilafat by Allah's Blessing. There are Ahmadi Muslims in more than 200 countries all united under one Khalifa. Visit http://www.alislam.org and http://www.mta.tv Introduction to Ahmadiyyat (Urdu) http://www.youtube.com/watch?v=ZFSlI4CjB1s Islam Ahmadiyyat- Revival of Faith- Documentary (English) http://www.youtube.com/watch?v=6dXC8BCRAzo