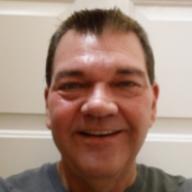 I have been a website developer since 1997. In my spare time I enjoy reading, visiting amusement parks, and traveling throughout the United States.