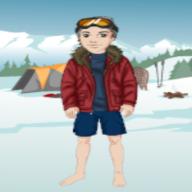 There is no science, the study of which is more useful and commendable than the knowledge of the true interest of one's Country; and perhaps there is no kind of learning more abstruse and intricate, more difficult to acquire in any degree of perfection than this, and there fore none more generally neglected. Hence it is, that we every day find men in conversation contending warmly on some point in politics, which, altho' it may clearly concern them both, neither of them understand any more than they do each other. --Benjamin Franklin - 1729 Nothing appears more surprizing to those, who consider human affairs with a philosophical eye, than the easiness with which the many are governed by the few; and the implicit submission, with which men resign their own sentiments and passions to those of their rulers. --David Hume - 1741