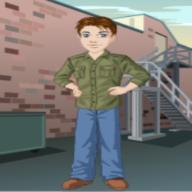 I haven't found Answers to be a good place to gain knowledge, but I never expected to find it in a place where 99% of the people are blindly typing out their preconceived notions and thumbs-downing all the answers that aren't in line with what they think. I'd love to engage more people...but this isn't a forum system where that's really possible. So, ultimately, I'm not here to argue. I'm not here to insult. I'm not here to enlighten. I'm just here. Like the guys in "Mallrats." Some links I like regarding what are atheists are really like, versus the perception or beliefs about atheists: http://www.washingtonpost.com/opinions/why-do-americans-still-dislike-atheists/2011/02/18/AFqgnwGF_story.html http://tvtropes.org/pmwiki/pmwiki.php/UsefulNotes/Atheism http://www.soc.umn.edu/~hartmann/files/atheist%20as%20the%20other.pdf Shameless plug: Visit my blog at http://www.jtrusnik.com/