Do you think Matt Barkley will win the Heisman Trophy while at USC? How good will his college career be?

He is so good, he started varsity as a freshman at Mater Dei, his junior year was his break-out year, he passed for 3,576 yards and 35 TD passes, with only 3 interceptions. He is an article about him in Wikipedia:

Here is probably the best play of his HS career, his junior year against Servite, he was in Servite's endzone, he was almost sacked for a safety, his leg was wrapped around him by a Servite defender, but me managed to throw a spiral, loftly pass to a open receiver and he went 97 yards for a touchdown.!!! Here is the play: 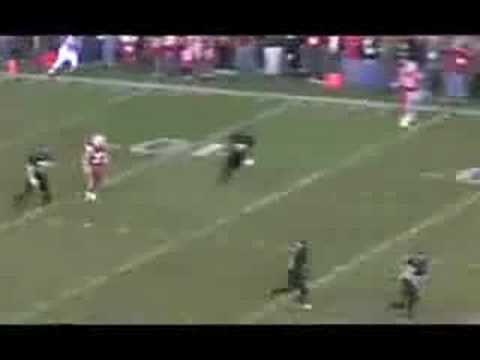 He went 4-0 against Servite, Mater Dei's arch-rival, Mater Dei has not lost to Servite since 1988, that play he made in the video I posted up above, just makes me think if Mater Dei's inexplicable dominance over Servite will ever come to an end?

He went to the same high school my 2 older cousins went to, and my younger brother is currently a freshman there.

my bad, he threw only 9 interceptions his junior year, and he is the first Junior to win Gatorade National Athlete of the Year award, all the other winners were Seniors.