Who's side are you on?

if you don't know what i'm talking about, Mariah wrote a song called "Obsessed" and she was implying that eminem is a liar and is obsessed with her. Then of course, Eminem wrote a song back. So it's a battle between them. I'm on Eminem's side for this one because, well, I was never a fan of Mariah, and what was she thinking when she wrote a song about Eminem? Like, obviously he would write a song about her, and it wouldn't be a nice one, it would be very insulting. I'm not saying I believe Eminem, but i don't see a reason why he should lie about the relationship. But what ever, I don't think it was a smart choice for Mariah to release the song. But anyway, who's side are you on? 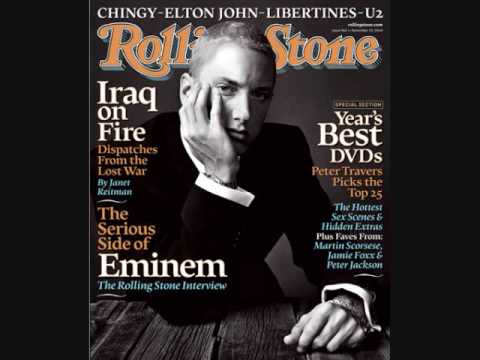