If you agree with these Jews are you and anti Semite?

"Israel was born out of Jewish Terrorism" Tzipi Livnis Father was a Terrorist" Astonishing claims in the House of Parliament. SIR Gerald Kaufman, the veteran Labour MP, yesterday compared the actions of Israeli troops in Gaza to the Nazis who forced his family to flee Poland.

During a Commons debate on the fighting in Gaza, he urged the government to impose an arms embargo on Israel.

Sir Gerald, who was brought up as an orthodox Jew and Zionist, said: "My grandmother was ill in bed when the Nazis came to her home town a German soldier shot her dead in her bed.

"My grandmother did not die to provide cover for Israeli soldiers murdering Palestinian grandmothers in Gaza. The present Israeli government ruthlessly and cynically exploits the continuing guilt from gentiles over the slaughter of Jews in the Holocaust as justification for their murder of Palestinians."

He said the claim that many of the Palestinian victims were militants "was the reply of the Nazi" and added: "I suppose the Jews fighting for their lives in the Warsaw ghetto could have been dismissed as militants."

He accused the Israeli government of seeking "conquest" and added: "

They are not simply war criminals, they are fools." 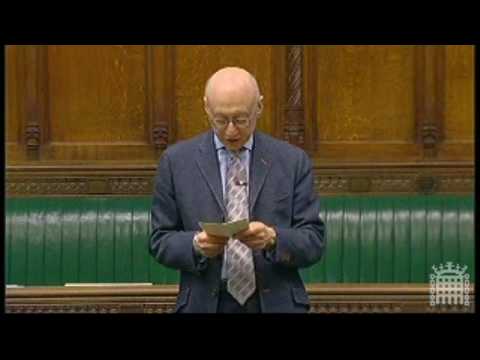 Rabbi Weiss: "We Suffer with the Palestinian People!"

One of the most respected leaders in the Anti-Zionism Orthodox Jewish Movement is Rabbi Yisroel Dovid Weiss. He is associated with the Neturei Karta International. On June 10, 2007, in Washington, DC, he attended a rally on the West Lawn of the U.S. Capitol, in support of freedom for the Palestinian people. I interviewed him at that site. He said: "We suffer with the Palestinian people." The Rabbi, a fearless fighter for the truth, also sharply criticized the Zionist Movement. 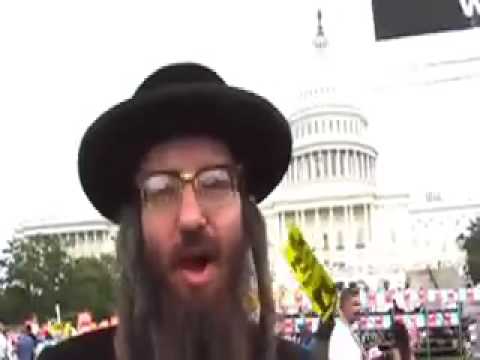 GENEVA – Head of the UN Fact Finding Mission Justice Richard Goldstone urged the international community to put an end to impunity for violations of international law in Israel and the Occupied Palestinian Territory as he presented the report of the Mission to the Human Rights Council on Tuesday.

Following its 3-month investigation, the four-person Mission concluded that serious violations of international human rights and humanitarian law were committed by Israel in the context of its military operations in Gaza from December 27, 2008 to January 18, 2009, and that Israel committed actions amounting to war crimes, and possibly crimes against humanity.

The Mission also found that Palestinian armed groups had committed war crimes, as well as possibly crimes against humanity.

If you AGREE with these Jewish men --- are you an anti Semite ?