What do the Western Countries and Israel, benefit from bombing Syrian cities?

NATO countries such as france, britain, USA bombed 2 cities of syria which cause a mass-murder in the areas, then they blamed it on the president. the free syrian army is turning to israel for help against the assad regime.

now, we all know that arabs and israeli's hate each other. but seriously, you are turning to your enemy for help? lol. that's kind of messed up. im just thinking that one of those guys will back-stab each other in the end.

so anyways, what does the west get out of bombing these cities? 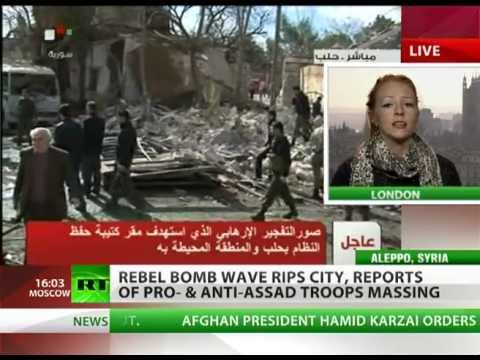