Does Canada have "ghettos"?

I saw Michael Moore's Bowling for Columbine, and they had a part in Canada where he goes to the Toronto "ghetto" and it was just low income housing. If you want to see the clip it is http://www.youtube.com/watch?v=j3JMSTPSsbU 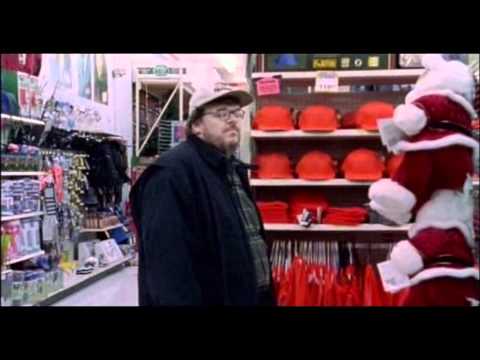 and the part about the ghetto is at about 8:45.

I figure Moore might be making an exaggeration, but does Canada really have ghettos like in America? Or are they just not as bad/dangerous as they are in America? Also, if you have any idea why, why would the ghetto situation be different in Canada?