Why do ("most" not all) american movies portray americans as idiots.?

In a american movie (i'm also american). Seem no matter what situation. In american movies when there is a hostile situation americans will run around like idiots instead of choosing the obvious choice that will lead them to safety.

I believe they made fun of that in scary movie 1. Women running away from murderer. On table there are 2 knives, a gun, a grenade, and a banana. And she picks up the banana.

I been overseas quite a few times and they all yes ("ALL") truly believe that all americans are stupid because they watch our movies and they think that how we actually are.

Why does it seem like the vast majority of our movies make us look like complete idiots? 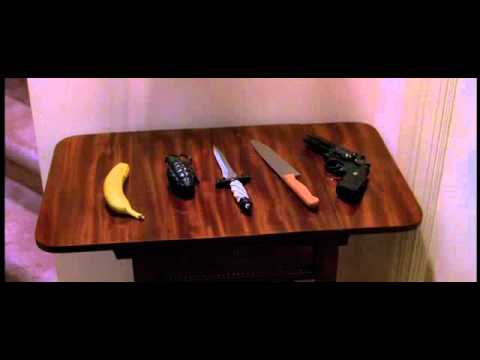